Bison and Chun Li fight. Chun Li hits Bison twice, but just as she is about to escape, he teleports in front of her and strangles her until she loses consciousness due to lack of oxygen. Bison, realizing he went berserk with his Psycho Power, tells his assistant, Zoltar, to bring Chun Li and Ken to his villa. Meanwhile, the assassin Cammy White, who was hired by Balrog of Interpol (or so he claims, though in truth he is a Shadowlaw agent) to kill Dorai, enters her hotel room next to where Dorai is staying. The reason for killing Dorai was because he supposedly set up a new drug syndicate every time he smashed one, with himself as boss of those drug syndicates. Also, apparently the Chief of Interpol, Barrac, agreed to this hit, but said that it has to be a secret. Dorai was sent to lead the investigation of the Shadowlaw crime syndicate. Just as Cammy is about to kill Dorai, the episode ends. 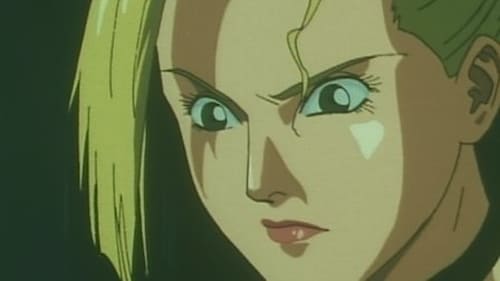